You are here: Home / Archives for Bipolar Disorder 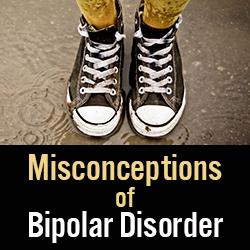 Bipolar disorder is a brain disorder that causes dramatic shifts in mood, energy, and ability to function normally.

Bipolar disorder occurs in approximately four percent of the population worldwide. It is an extremely misunderstood and often devastating disease. The risk of suicide is 20 times that of the general population.

There are many complex contributing factors that lead to this chronic disease. Recently, the role of genetics has come into play. Scientists recognize there is a strong genetic component to bipolar disorder; unfortunately, it is extremely difficult to identify the genes that cause it. Historically, a standard clinical interview was used to determine whether individuals met the criteria for a clinical diagnosis of bipolar disorder. Within the past year, researchers took an additional step by also combining the results from brain imaging, cognitive testing, and a variety of temperament and behavior measures. Using this new method, investigators identified approximately 50 brain and behavioral measures that are both under strong genetic control and associated with bipolar disorder. These discoveries could be a major step toward identifying the specific genes that contribute to the illness. The hope is that one day genetics may be used to predict the onset and management of bipolar disorder.

Bipolar disorder can be confused with other medical or psychological disorders, such as thyroid disease, a metabolic disturbance, or medication induced mood symptoms. It can also co-occur with substance use disorders, attention deficit hyperactivity disorder, anxiety and post-traumatic stress disorder.

Misdiagnosis of bipolar disorder is problematic on so many levels. Not only does it lead to poor treatment that is ineffective, but it can actually make bipolar disorder worse. Delays in appropriate treatment can cause a greater chance of recurrence and increase the chronicity of the disease. Longer treatment results in higher treatment costs. The greatest cost is to the patient who must exist in a less than optimally state.

Mood stabilizing medication and psychotherapy are important components in bipolar treatment. Living a structured life that includes quality sleep, healthy nutrition and reasonable exercise will also go a long way in maintaining mental health. However, it is important to recognize that relapse can occur. It can result from something as seemingly benign as a life transition such as going away to college or starting a new job. With that said, the most common cause of relapse is discontinuing prescribed medication. Unfortunately, this is extremely common. Perhaps a person has taken the medication for a couple of months and is doing well. Instead of attributing the improved well being to the medication, she begins to erroneously believe that never really needed the medication in the first place and therefore, decides to stop taking it.

Regardless of the reasons, relapse does happen, so it is important for the individual, as well as family and friends to understand that this does not indicate failure; it is simply a bump on the recovery road, one which can be overcome, and the more quickly it is identified, the better 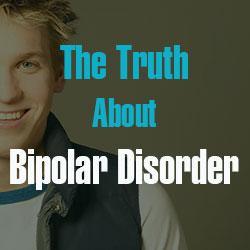 It’s easy for people to get the wrong idea about bipolar disorder. First, because the mental illness itself is so complicated. Second, because what we hear, read, and see in the media isn’t always the best source of accurate information. The Depression and Bipolar Support Alliance reports that bipolar disorder affects about 5.7 million American adults each year. Furthermore, the World Health Organization lists it as the sixth leading cause of disability in the world. Clearing up the misconceptions about bipolar disorder could help a large number of people.

What is Bipolar Disorder?

Bipolar disorder is sometimes referred to as ‘manic depression’ due to the cycles of depression and mania that characterize the illness. There are two main types, Bipolar I and II. Bipolar I carries more serious symptoms, such as longer lasting periods of mania and the incidence of psychotic episodes. In bipolar II, the psychotic episodes are absent, but the other symptoms are similar.

Fiction: Bipolar disorder is the same as having mood swings

Fact: Have you ever heard the phrase “He’s so bipolar” in reference to someone who exhibits frequently changing moods? Chances are, that person is not living with bipolar disorder. Mood swings are normal, and can be influenced by stress and even personality. Bipolar disorder is a diagnosable mental illness where someone suffers from extreme fluctuations between mania, or “highs,” and depression. These periods can last for weeks or months at a time.

Fiction: Someone with bipolar disorder is always in a state of mania or depression

Fact: The symptoms of bipolar disorder sometimes vanish for several years. Some people experience ‘normal’ moods between cycles, and others always exhibit some indication of symptoms. It’s impossible to make sweeping statements about bipolar disorder, because the illness manifests itself so differently in each individual. Sometimes symptoms of mania and depression even show themselves simultaneously.

Fiction: It is obvious when someone is legitimately bipolar

Fact: Unfortunately, diagnosing someone with bipolar disorder is not always a straightforward process. There are certain symptoms that look similar to other mental illnesses, such as ADHD or the recently identified illness of Disruptive Mood Dysregulation Disorder, which was added to the newest edition of the DSM-5. Bipolar disorder is often inconsistent, and can be triggered or worsened by co-existing conditions such as addiction or physical ailments.

Fiction: If you try hard enough you can overcome it

Fact: We see this misconception quite frequently across all mental illnesses. A mental health disorder is not a case of weak mental fortitude. It is caused by chemicals in the brain, and does not indicate a lack of trying. Although there is no known cure for bipolar disorder, there are many effective treatment strategies to help people manage the symptoms. Following these strategies may require commitment and it can be challenging, but someone with bipolar disorder should never be told that they’re not trying hard enough.

Fact:  People with bipolar disorder regularly hold down jobs, meet their responsibilities, and maintain personal and professional relationships.  Famous celebrities such as Catherine Zeta Jones, Jane Pauley and artist Vincent Van Gogh all overcame bipolar disorder to have successful careers. With the right kind of treatment, a person with bipolar disorder can live a normal, productive life. The key is to keep up your treatment plan, rather than let it slide when things start to go well.

What Treatment Options Are Available for Bipolar?

Not every person with bipolar disorder will be on the same type or dosage of medication. The goal of medication is to act as a mood stabilizer that levels out episodes of mania and depression. Anti-depressants and anti-psychotics  also can be prescribed, depending on the particulars. Medications should be taken exactly as prescribed by a medical professional. One of the biggest problems we face in treatment is when people cut back on their medication or stop taking it entirely because they’re feeling good. Always talk to your doctor before making any changes.

Therapy includes individual counseling, family therapy, cognitive behavioral therapy, and group support meetings. Therapy works in conjunction with medication to help someone manage bipolar disorder in the long term. While therapy alone isn’t always successful as a treatment method, it has been shown to drastically improve the effectiveness of medication.

Lifestyle Changes for People with Bipolar

The importance of overall health can’t be ignored when we talk about bipolar disorder treatment. In combination with medication and therapy, bipolar disorder is also improved through healthy living. That means getting enough sleep and exercise, eating a balanced diet, and avoiding stress whenever possible. It may seem small, but when one of these elements is not quite right, it can throw the rest of your body out of whack.