You are here: Home / Archives for Sanfilippo Syndrome 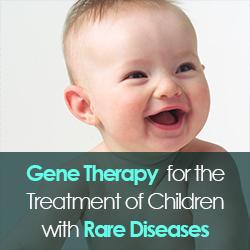 Approximately 1 in 10 Americans and 250 million people worldwide are afflicted by a rare disease. A rare disease, also referred to as an orphan disease, is any disease that affects a very small percentage of the population. In the US, a disease or disorder is defined as rare when it affects fewer than 200,000 Americans. Most of these rare diseases are genetic in origin, implying a chronic condition, and greatly impact children. Tragically 30% of children with a rare disease do not reach their 5th birthday.

Of the nearly 7,000 rare diseases that have been identified, 95% do not have an approved therapy nor is research underway to find one. In an effort to change this, the 1983 United States Orphan Drug Act (“ODA”) was initiated to provide incentives to the pharmaceutical and biotech industries to stimulate clinical research and address this significant unmet medical need. When the criteria for Orphan Product Designation are met, a company is eligible to receive 7 years of market exclusivity, tax credits up to 50% of research and development costs, access to specific grants, waived FDA fees, and protocol assistance.  As a result, treatments for orphan diseases  represent an increasing proportion of drugs approved by the FDA.

One subgroup of rare diseases are the lysosomal storage diseases, or LSDs, which comprise approximately 70 rare, inherited metabolic disorders that occur when a specific organelle in the cell – the lysosome – malfunctions. Lysosomes are cellular organelles responsible for the digestion of large molecules and transfer of the digested fragments to other parts of the cell for recycling. This process requires several critical enzymes in order to breakdown the complex substrates that are transported into the cell. LSDs occur in approximately 1 in 7,500 people, and upwards of $500,000 per year can be spent for treatments in the few diseases that have a therapy available.

Sanfilippo syndrome is an example of a devastating LSD for which no FDA-approved treatments exist. It is caused by an autosomal recessive gene defect in one of the enzymes essential for the breakdown of glycosaminoglycans (GAGs), a class of biologically important sugars.5-7 Also known as Mucopolysaccharidosis type III (MPS), Sanfilippo syndrome is a set of 4 different, progressive, neuromuscular diseases that primarily affect the central nervous system.2-4 Children with this disease appear normal at birth and often demonstrate normal development in the first year of life. Developmental delays become apparent at a young age as a mild coarsening of facial features is observed; hyperactivity and sleep disturbance become apparent between ages 1 and 4. Children also exhibit decreased sensitivity to pain. Neurological manifestations, including severe behavioral problems, regression of skills, and progressive mental deterioration occur from ages 3-7 resulting in a progressive cognitive decline. Often in the early teens the disease has advanced to the extent that motor functions become compromised leading to seizures and swallowing problems. Death typically occurs in the mid-to-end of the second decade of life.

Because there are currently no curative therapies for LSDs, treatment is mostly symptomatic. However, bone marrow transplantation and enzyme replacement therapy (“ERT”) have been historically tried with some success. In 1964 Christian de Duve initially conceived of ERT strategies for the treatment of LSDs, which finally became a reality in the early 1990s.1 ERT is approved in the United States and Europe for several LSDs and under investigation for others. Nevertheless several challenges remain – particularly for LSDs that manifest primarily in the central nervous system or bone. ERT requires frequent and sometimes invasive injections of supraphysiological doses of an expensive enzyme, leading to a potential for immune reactions that can largely negate the beneficial effects of treatment.

Amid difficulties with other treatment methods, gene therapy has emerged as a promising comprehensive approach to treat the whole body manifestations of lysosomal deficiency, particularly if the gene therapy strategy includes long-term correction of the central nervous system components of the disease. Gene therapy is the use of DNA as a drug to treat disease by adding  or exchanging a functional copy of an affected gene into a patient’s cells. Gene therapy was first conceptualized in 1972 and the first FDA-approved gene therapy experiment in the USA occurred in 1990, when Ashanti DeSilva was treated for Adenosine deaminase deficiency.8 According to the National Institutes of Health, approximately 3,500 gene therapy clinical trials have been approved as of December 2014.

The most common form of gene therapy involves transferring DNA that encodes a functional, therapeutic gene to counteract a mutated gene. Other forms involve directly correcting a mutation in the genome or using DNA that encodes a modified therapeutic protein (rather than a natural human protein) to provide treatment. In gene therapy, the corrective DNA is packaged within a “vector”, often a virus, which is used to get the DNA inside cells within the body. Once inside the cell, the cell machinery utilizes the correct genetic template to make a functional protein or enzyme, which then theoretically corrects the disease pathology. In the case of Sanfilippo syndrome, gene therapy results in a correctly functioning lysosome that can degrade sugars (GAGs) for use in the cell.

Over the past 2 years, gene therapy strategies have gained popularity as potential treatments for patients with muscular dystrophies, hemophilia, blindness, and fat metabolism. The next year will bring the initiation of multiple clinical trials in the United States and Europe investigating the use of gene therapy specifically to treat children with rare diseases such as Sanfilippo syndrome. 2015 offers great hope to the families of children suffering from these deadly diseases.